Commsworld has signed the Armed Forces Covenant, a Ministry of Defence Employer Recognition Scheme which recognises businesses and organisations who demonstrate a support for armed forces personnel, veterans and their families. 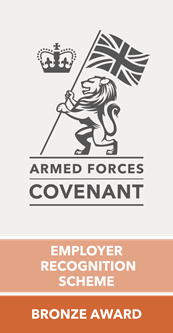 The UK’s largest independent network provider gained a bronze award as part of the scheme for its enhanced commitment to armed forces communities.

This commitment will see Commsworld Group – including Commsworld and Essential Cloud Solutions – promote itself as being open to employing reservists, veterans – including those wounded, injured and sick – cadet instructors and partners of those in the military.

Bruce Strang, Commsworld Chief Operating Officer, signed the Armed Forces Covenant on behalf of the Edinburgh-headquartered company. He said everyone at the business was firmly behind the move, and wanted to show ex-servicemen and women that Commsworld was openly committed to treating them with fairness and respect, providing them with meaningful employment opportunities.

He said: “Commsworld is delighted to have achieved the Ministry of Defence’s Bronze award through the Employer Recognition Scheme. It shows we are armed forces-friendly and open to providing those who serve or have served in the military, reservists as well as their spouses and partners, with skilled job opportunities.

“We take great pride in receiving this award and see it as an important chapter in our ongoing development as a business that aims to foster diversity across its entire workforce, develop our people and add real value to what we do.

“This diversity includes taking on ex-military personnel and reservists who show characteristics of leadership, organisation, resilience and discipline, developed from their military background. This is just the beginning. I look forward to continuing supporting the armed forces community and charities.” 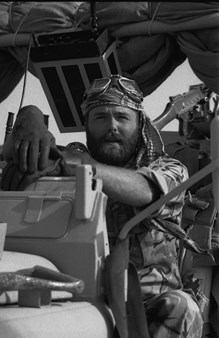 I was commissioned into the infantry in 1984 and have served in six out of seven continents. My first posting was Hong Kong, a great eye opener when it came to seeing a different part of the world and culture – a place, like so many I have been posted, that I would never have had the opportunity to visit otherwise.  This was followed by postings in Australia, Belize, Canada, Kuwait, and Oman amongst others.

I left the Armed Forces in 2007. Since then I have worked in IT and project management for some huge companies, as well as for myself, and joined ECS in 2020. I found that my military background helped me to get on with the job, get on with my colleagues and get on with life. It sounds so simple, but they have stood me in good stead all these years.

The Armed Forces Covenant is hugely encouraging as it shows military people how they do have vital skills in this line of work. It’s easy to think that you can’t do such a job because you don’t have many qualifications, but the experiences that people from the Armed Forces have, seeing different cultures, countries and meeting a huge variety of different people along the way, are invaluable.

It is surprising how many former military people I have come across in my line of work, some of whom like me are not from a technical background. This is due to the fact that forward-thinking companies like Commsworld see the value that people from the Armed Forces can bring to their organisation.