Commsworld, the UK’s largest independent network provider, is today announcing changes to its leadership structure that herald a new era for the company. 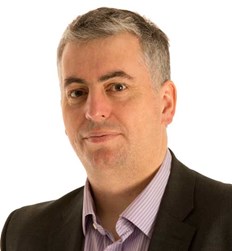 Steve Langmead, 52, has been appointed to the role of Chief Executive of the Edinburgh-headquartered company. He replaces Ricky Nicol, who is delighted to accept the new position of Founder and Vice-Chairman and will remain on the Board of the company he started up in 1994.

Commsworld said Steve will lead an ambitious new growth plan intent on building upon the company’s impressive growth over the last five years in both Scotland and across the UK.

Steve, a hugely experienced and highly respected business leader, has been a Director of Commsworld since 2018. His former roles include Senior Vice President of Atos in Scotland, and Capita’s Chief Executive for Scotland.

He said: “I am honoured to accept the role of Chief Executive of Commsworld, and very much look forward to leading the company on this exciting phase of growth and development.

“I would also very much like to pay tribute to the huge achievements of Ricky Nicol. Since starting up Commsworld in 1994, Ricky has successfully built a highly-efficient business which delivers real value for its customers, fundamentally altering the digital landscape in Scotland and the UK.

“Both Ricky and Commsworld are a huge success story, and I look forward to continuing to work with Ricky. His entrepreneurial drive will still be at Commsworld in his new role as Vice-Chairman to guide the company forward to even greater success.” 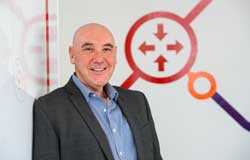 Ricky Nicol, 59, said: “Today is an emotional day, but also a good day for myself and for Commsworld. I have thoroughly enjoyed seeing this company grow and develop over the past 27 years. When I first started, we were the new kids on the block who had to prove our worth against some formidable and much larger competitors.

“Together with my excellent team, we achieved this through digital excellence, fantastic customer relations and a brilliant growth strategy which has seen us become the UK’s leading independent network provider.

“It is no secret that, as well as working hard to establish a successful business, I have faced and won my own battle with ill health. Not only that, but last year – the year of Covid – I became a grandfather.

“I believe the time is now right for a new leader to drive Commsworld forward, and am delighted that Steve has accepted that role. He is a business leader with a huge track record of success, and I look forward to helping him in my role as Founder and Vice-Chairman to achieve that success.”

Chairman John Trower said: “I am delighted that Steve has accepted the role of Chief Executive. I would also like to pay tribute to the amazing work of Ricky, and look forward to carrying on my work with him and other members of the Board so Commsworld continues to be the provider of choice for digital connectivity solutions to clients across all sectors throughout the UK.”