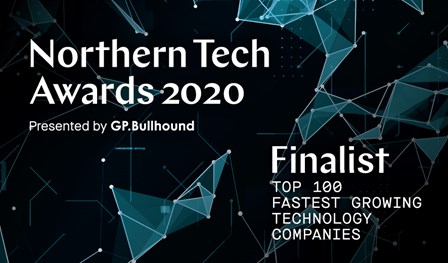 We're delighted to be included in the Northern Tech Top 100 which shine a light upon the leading technology businesses headquartered in the North of the UK.

This award selection is a ranking of the region’s 100 fastest growing tech companies. In addition, we have also been ranked as one of the Top 15 Fastest Growing Larger Companies.

We are honoured to have made the Top 100 and look forward to the Awards Dinner on the 26th March, at the New Dock Hall, Leeds where the final rankings will be announced.

Organised by GP Bullhound since 2014, the Awards provide a unique way of celebrating the innovative technologies and businesses developed in the region and recognise those who have contributed to their success.

Compiled by GP Bullhound, the Northern Tech Awards 100 League Table ranks the fastest growing Technology Companies in the North of England and Scotland.

Commsworld would like to say congratulations to everyone who made the list and we look forward to celebrating everyone's successes on the night.