Commsworld Sets up London Base 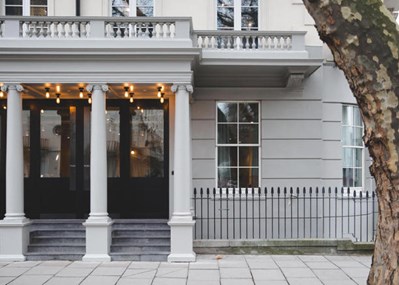 ONE of the UK’s leading independent network providers has underlined its continued growth ambitions by opening its first office in London.

Commsworld manages and controls Britain’s largest privately operated optical core network and will now use its new base in the UK capital to encourage other internet service providers to utilise its ultra-fast carrier network.

The move comes hot on the heels of the firm’s most successful year ever, with revenues projected to break through the £20 million barrier - a 41% increase on the previous year along with a threefold growth in profits.

Commsworld will look to hire a new account manager to direct activity from the London base as it continues its exciting growth.

Ricky Nicol, Chief Executive of Commsworld, said: “Having a base in London is fantastic for us and a major step forward in our bid to cement ourselves as a truly UK-wide organisation.

It means we can meet with our valued customers and partners more easily and efficiently, without the early morning flights or having to schedule many meetings into one day.

It’s an incredibly exciting time for our business and this move represents the next step on our journey.”

Commsworld is one of the country’s most reputable providers of digital connectivity and offers a market disruptive service to rival legacy network providers.

Its next generation network is built specifically for businesses and has revolutionised the speed and resilience of internet for firms across the UK, and in particular Scotland, where it has operated for more than 20 years.

The firm now operates in many towns and cities across the UK, offering a robust, secure and scaleable network fit for purpose both now and in the future.

Ricky added: “We’ve invested millions to ensure our network is market-leading and continually growing and being able to sell and share this from a new base in London is very powerful.

We’ll now be able to provide our dynamic and personal service from London which opens up a whole avenue of opportunities for us.

The move is timed perfectly as this year Commsworld will light up over 2,000,000 metres of fibre in a figure of eight around the UK, making it the largest privately owned Optical Core Network in the UK.”