URGENT and significant action is needed to address Scotland’s critically poor digital infrastructure which has already been “left in the dust” of European neighbours. 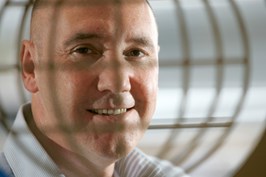 With no solution in sight, experts state that the issue is increasingly becoming a threat to the economy and - if not addressed - is likely to cause the country’s digital market to stagnate.

A primary concern is the lack of ultra-fast fibre to the premises (FTTP) connections – widely seen as “future-proof”. The majority of advertised “fibre” connections are solely to the cabinet, relying on antiquated and comparatively slow copper to deliver data to the building.

At present, only 2% of buildings in the UK benefit[i] from FTTP, heavily weighted to London and the south east – a stark comparison to 80% provision in Spain[ii] and 70% found uniformly across Scandinavian countries.

Ricky Nicol, Chief Executive of Scotland's largest independent network and telecoms firm, is now calling for public and private sector cooperation to take action on this issue before it’s too late.

He said: “To be clear, this is an impending crisis that threatens the future health of our economy in an evermore digital world.

“There is not a company out there that does not depend to some extent on the country’s digital infrastructure – not just keeping afloat but in delivering quality that keeps pace with the best in the world.

“Most advertised fibre connections are simply to the cabinet on the street, with outdated copper then taking over to the home or business – the equivalent of taking a plane 498 miles of a 500 mile trip, just to walk the last two at a very leisurely pace.”

The adavantages of FTTP over traditional networks is clear – distance does not affect speed (which is by itself many times faster), it is much better at dealing with high demand, meaning peak use will have a lesser impact to those logging on - and it will not likely be outdated for more than 100 years.

As computational power grows, file sizes increase and with them the products and services offered across the globe.

Compounded by the ‘internet of things’ where more aspects of daily life, from phones to TVs to virtual assistants run via a network connection, Scotland risks faltering without the infrastructure to match these other countries.

Ricky continued: “While we lag behind our mainland friends our current service will suffer but more importantly it is it the legacy that the continued use of copper infrastructure that will do most harm.

“Every new copper cable laid in Scotland builds in years of inconvenience as roads will need to be redug when the inevitable upgrades take place. In rural areas especially, it is a sticking plaster.

“In a number of European countries, tech infrastructure of this kind is a public utility receiving heavy government investement.

“While nationalisation would be nearly impossible to achieve in a practical and political sense, more cooperation is needed across the board and greater incentives and investment needed to ensure that businesses and consumers are receiving the kinds of speeds they deserve.

“The Scottish Government’s R100 challenge to give all Scottish premises access to speeds exceeding 30 megabits per second by 2021 is achievable, however that figure lacks ambition in a world increasingly reliant on fast, dependable networks.”