Box Office smash and Edinburgh institution TS2 Trainspotting set up home in Bathgate thanks to the deal of a lifetime. 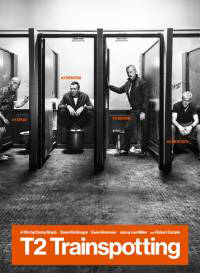 TS2 Productions, the outfit behind the blockbuster film, was able to move its entire production team from London for onsite filming due to a bespoke network connection provided by another capital establishment, Commsworld.

While reviewing potential filming locations, the production company was attracted to the Pyramids in Bathgate as Commsworld could provide a temporary, ultra-fast and tailored fibre broadband service.

This dedicated service network, which delivered ultra-fast speeds was critical in relaying unedited footage from the shoot.

As a dedicated service, as opposed to shared broadband, Commsworld could guarantee that the connection never dipped due to overuse by others connected to the network.

Jane McVey, Business Development Manager at Commsworld said: “It’s really gratifying to have played a part in keeping one of the year’s biggest films in Scotland.

“Commsworld engineers have been working on the site from the get-go and were busy installing outlets and cabling while the sets were going up. We’ve even bumped into Danny Boyle and Robert Carlyle.

“The film is great and it added a little extra seeing the sets we had come across on screen.”Feedback from the production was that a quick and temporary dedicated fibre service was essential for any soundstage the cast and crew would be using.

Very few studios can offer this but the Pyramids, a permanent client of Commsworld, was able to offer half of its bandwidth on a short term contract rather than a costly 12 month agreement.

Ricky Nicol, Chief Executive of Commsworld, said: “We were absolutely delighted to be offering our bespoke service to this international phenomenon rooted in Scottish culture.

“From Wi-Fi for the cast and crew to cabling and outlets we spent four weeks ensuring that the internet provision was tailored perfectly to the needs of the production.”

This contract was more than a slight change of pace from Commsworld’s last cinematic exploit at the Pyramids where the Edinburgh firm was involved in servicing a BBC CBeebies film Eve.