As I reflect back on 2016 on what was an outstandingly successful year for Commsworld while looking forward with anticipation and excitement to 2017, I can’t help but pause for a moment and pinch myself with what we have achieved. 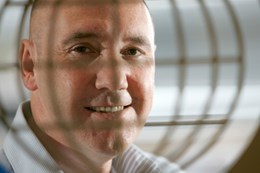 2015 was seen as a transformational year for Commsworld whilst 2016 took things to a new level all together. What we achieved over the past year and where we are going in the years ahead is extremely exciting, not just for Commsworld as a company but also Scotland as a country.

Our Businesses and Public Sector are crying out for a High Quality Service Driven indigenous player in the Telco / ISP space. Not since Scottish Telecom / Thus have we had a business we can truly call our own, here in Scotland.

We have built, brand new, from scratch, our own directly managed Fluency NGN; Scotland’s largest Indigenous Next Generation Network, with well over 2500 connections across both Private & Public Sectors.  This network reaches the length and breadth of the UK and also reaches into many rural areas which I will touch on later.

We have delivered (within time and within budget) the largest Dark Fibre Metro Network into the City of Edinburgh. To put it in perspective, the scale of this project was circa 10 times the size of the infamous Edinburgh Trams network. Not only was it done within time and within budget, it was done in less than half the time the market experts and consultants stated it would take to deliver.

We have also built Fibre Metro Networks within Glasgow and Aberdeen and we have lit our first inter-city Dark Fibre span between Edinburgh and Glasgow – which is already carrying many tens of Gigabits of capacity.

On top of the City of Edinburgh ICT outsource contract we have also secured a contract with Scottish Borders Council (via CGI) to transform the Internet connectivity of the region for both Public & Private Sectors. This has involved unbundling exchanges in Hawick, Galashiels (with many more to follow) and an extension to Newcastle to provide diverse 10Gb/s backhaul.

Now all schools in the Borders will have the same quality of Internet connectivity as Edinburgh has in place, with the knock on benefits to the local business community greatly enhanced. In the Scottish Borders this will be delivered to local businesses by local IT / ISP’s such as GB Technologies who have now formally partnered with Commsworld.

I think back to the number of occasion’s industry experts and consultants told me I had a great idea, adventurous and exciting, however… ‘’it can’t be done’’.

Well it can and indeed it has been done, way beyond what was first planned and I may add this is only the tip of the iceberg as we move forward.

We all know that our economy in Scotland is 100% reliant on Technology, the world has become a small place, and now this is redefining how all businesses operate today and will change even faster tomorrow. Underpinning all this technological change is one thing - the Internet.  Superfast Broadband is the new oil for our country.

We can’t sit back and expect or hope for the traditional incumbent telcos to come up with all the answers, they won’t… indeed they can’t! We require collaboration between many organisations and sectors for this to work for all of us.

We firmly believe Super-Fast Broadband has to be delivered universally, whether that be rural areas previously seen as unattractive to investors or indeed to help address ‘social digital exclusion’ – a political buzzword for some, but a genuine inequality that exists and we see every day. We are working alongside many like-minded organisations to help come up with imaginative ways to deliver real change that makes a difference to real people.

We have already started going to areas within Scotland that others won’t, examples are Ullapool, Port Ellen on Islay, Mallaig, Haddington and the Border towns mentioned earlier. I should note, although we don’t do this at a financial loss, as part of our corporate social responsibility we act as an enabler to Community Broadband ISPs etc. facilitating rural broadband at as low a cost as possible.

This is done in collaboration between organisations across both Private & Public Sector accepting and understanding that Commsworld as well as others can’t fund this in isolation:

2016 delivered massive growth to the business alongside long-term multimillion pound contracts that will underpin our ambitious plans into 2017 and beyond.

So I would like to thank all our customers (who are actually the people that pay for everything) and look forward to helping you redefine and grow your own businesses in what is undoubtedly a rapidly changing world we live and work in.

Should you wish to discuss this directly then: